So They Can, an international not-for-profit organisation on a mission to change the future for children living in poverty, has joined forces with Momentum Media (Momentum), a leading innovator in Australian media and events.

So They Can believes that education is key to sustainable change. Since their 2009 inception, the organisation has worked with some of the most vulnerable communities in East Africa to deliver quality education and improved learning environments to more than 24,000 students.

By 2030, their goal is to change the future for 36,000 children living in poverty through education — to reach this, they are harnessing the power of Momentum’s audiences to take action, starting with the Australian legal profession.

The partnership will see the two organisations focus on creating a series of Education Collectives, each supporting a school in Tanzania. Every Education Collective is built up of 40 individuals, coming together to fund the essential education projects that So They Can runs within their partner schools in Kenya and Tanzania (a donation of $60 per month). The first initiative has been launched with Lawyers Weekly.

Much of Africa faces the impact of climate change which is further impacted by compounding low levels of education among children, particularly for girls. As fears for the future sustainability of the planet grow, education can play a proven and defining role in elevating communities out of poverty while reducing the environmental impact of a rapidly expanding population.

So The Can CEO and Co-Founder Cassandra Treadwell believes the critical importance of education in combating both poverty and climate change cannot be overstated.

“The most vulnerable children are often the girls in the communities that we support, and education plays a critical role in dramatically improving their fortunes. Educated women in these communities are less likely to marry against their will and they have a greater influence on how they plan their own family from a position of knowledge.”

Momentum is deeply connected with more than 30 professional market segments in Australia with lawyers being one of its primary audiences via the LawyersWeekly platform.

Momentum director Alex Whitlock believes that the Australian legal profession will rally behind the cause, and he is confident that the first Educational Collective will quickly take shape.

“Access to education has a massive impact on the students and families that So They Can support. Educated communities enjoy better health, greater prosperity, improved livelihoods and the ability to build the foundations to better understand the changing climate and how that impacts them and the rest of the word.” 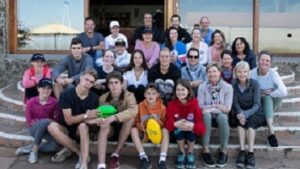 In July, my 16-year-old daughter, Caitlin, and I were thrilled to be part of the Life Exchange Trip to Kenya with So They Can. Our family have sponsored… 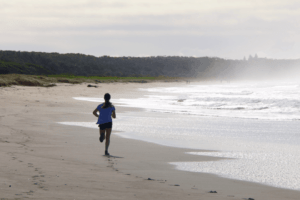 Running For a Cause: Sophia’s lockdown challenge inspires us all

At times like this, knowing we have the support of our amazing community truly means the world. So when we heard of the incredible goal that So They… 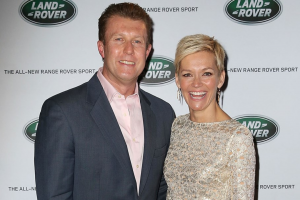 Media legend Peter Overton becomes an Ambassador for So They Can

Many of you will know Peter Overton as the Australian television journalist and news reader who has worked at the Nine Network for nearly 30 years, where he…